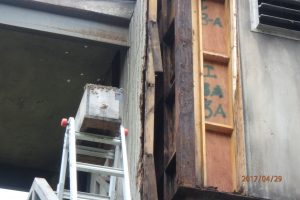 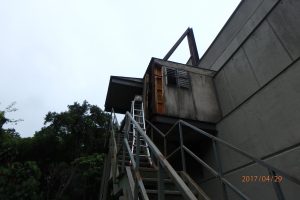 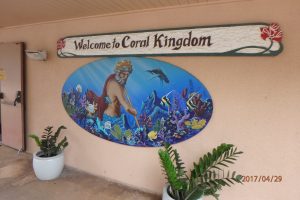 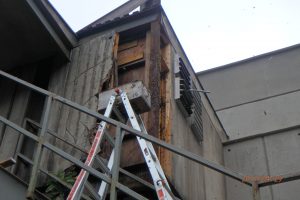 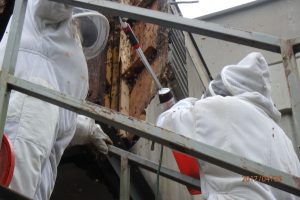 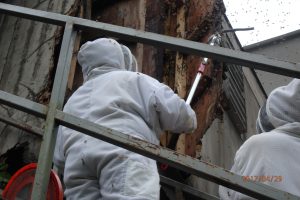 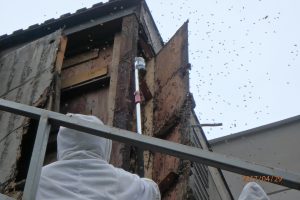 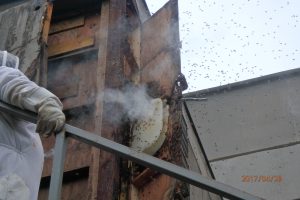 Kualoa Ranch lets people film movies. They built the set for Jurrasic World there. The set where the D Rex was housed is a magnet for bees.  We have removed 12 hives from that set.  They called the other day and said they had bees yet again. so we went. It was a good thing we found a long handled scraper nearby or we wouldn’t have been able to get the bees out.  We couldn’t access them from one side and the only access we had was from the stairs. That meant we were about 5 feet below the hive.  We got the comb out and into the nuc.  Then we took a plastic cup and taped it to an extendable pole and scooped them into a bucket.  Then we dumped them into the nuc.  They were not happy we were messing with their hive and came out in force.  We got the comb into the nuc along with most of the bees and took a break while we waited.  We went next door to the Coral Kingdom, a gift shop/restaurant, came back about 1 hour later and they were in the box.  I know we will be getting a call again for this set.