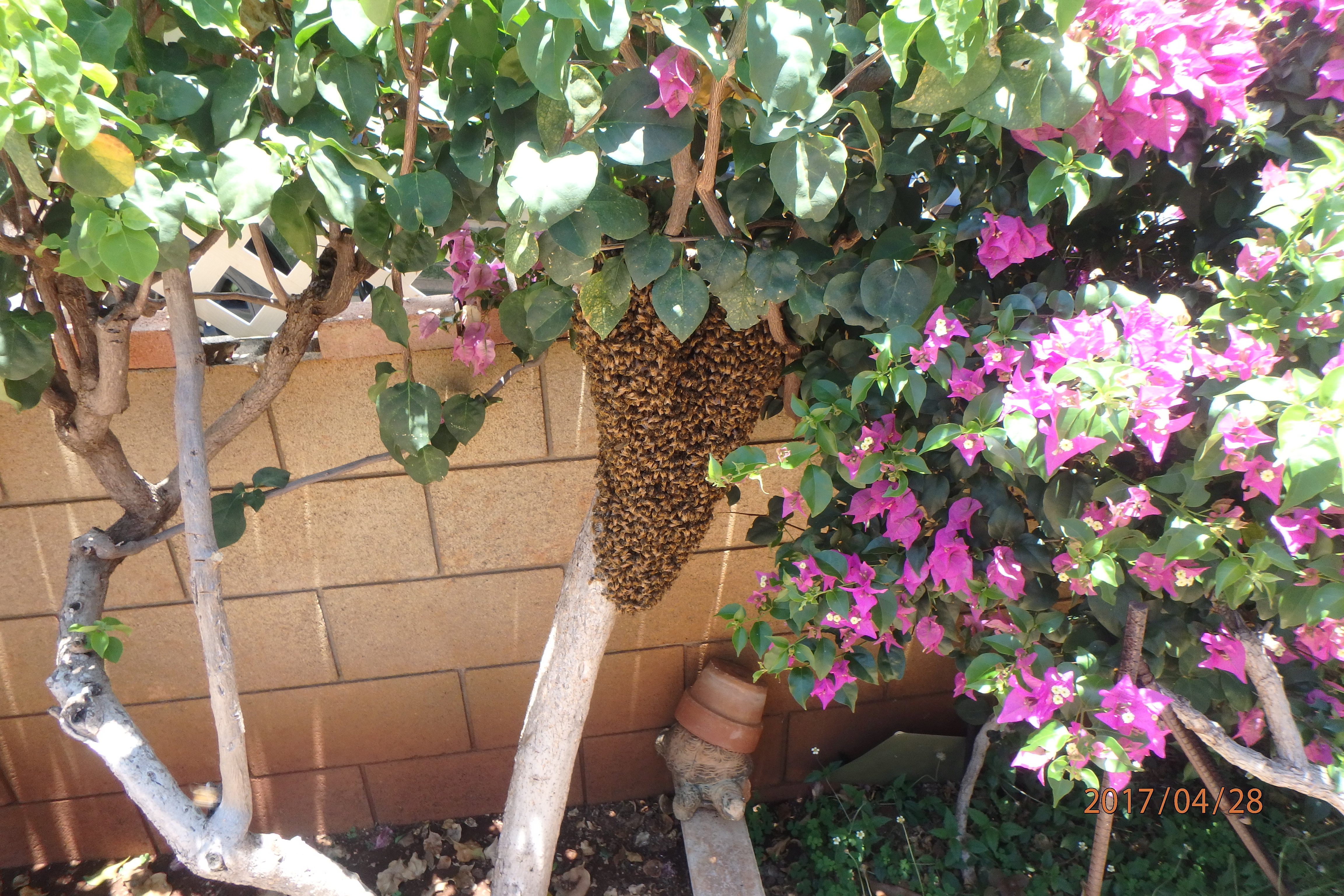 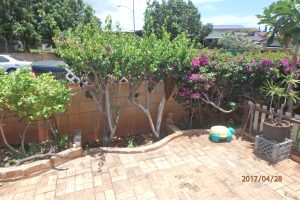 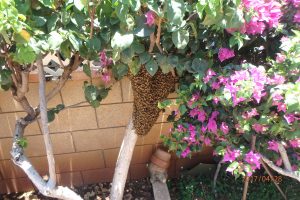 These bees were ready to get into the nuc.  They were originally on the other side of the fence and the neighbor hosed them down with water. They reformed on the other side of the fence and had been there for 3 days.   It was a larger swarm than what I have been seeing. I scooped them into the nuc and sat back.  They were ready to find a new home because within 15 minutes they were all in the nuc.  I put the box in the back of my truck and realized I forgot a sheet to cover the nuc.  As I was driving the top came open just a bit, I had not put the strap on tight. I had to get gas and went to Costco. As I was sitting in the line I looked in my mirror and saw them coming out and doing an orienting flight. I jumped out, put my suit on and starting finding anything I could to cover them up.  I didn’t find anything as good as a sheet though. They stopped coming out long enough for me to put some gas. As I was pumping the guy across from me said his kids thought that was the most exciting thing they had seen.  My license plate says “Beeguy” so people had some idea what was going on.