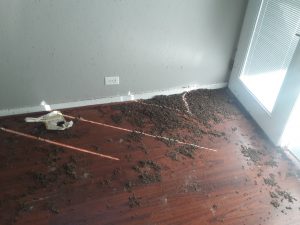 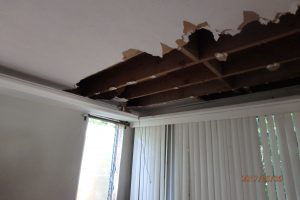 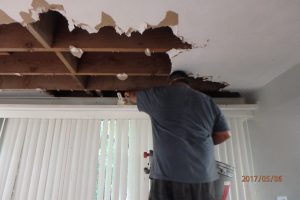 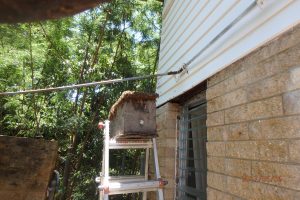 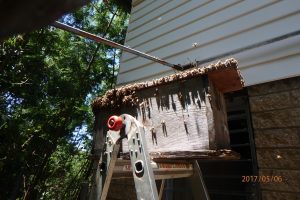 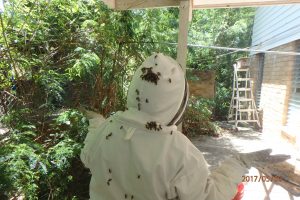 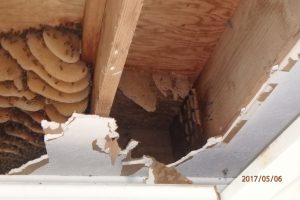 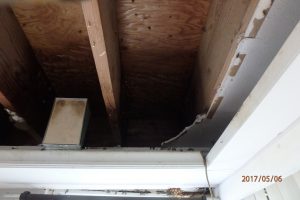 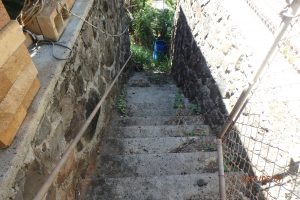 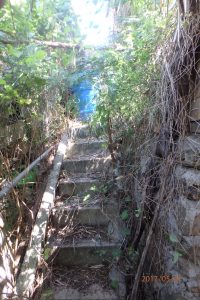 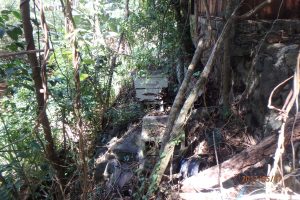 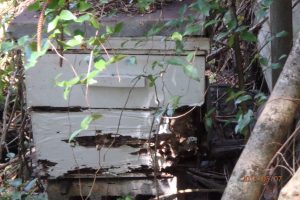 When we first when into the place to look we saw dead bees everywhere. They made a carpet on the floor, covered the countertops, everything.  It was sad!  Then we saw how the previous renter had dealt with the situation.  He had ripped out the ceiling, he didn’t bother cutting it he just tore it out.  He must have put a bug bomb in the house. He killed bees, but new ones moved in.  I cleaned out the old comb and then started on the new stuff.  We were covered in bees, at least there wasn’t much honey dripping.The house had shifted very badly and there were large gaps in the walls.  Where the window was supposed to attach to the wall there was a 6 inch gap.  As we took our break a neighbor told us the house had been empty for about 6 years. The person who owned it was also a beekeeper.  He kept bees on a lower part of the property.  I took a look. I am beginning to really hate stairs!  There were three flights of stairs to get to the lower section.  I saw the bee box and took a closer look.  It was termite eaten and ready to fall apart, but the hive was very active. I hope the new owner saves them instead of killing them.