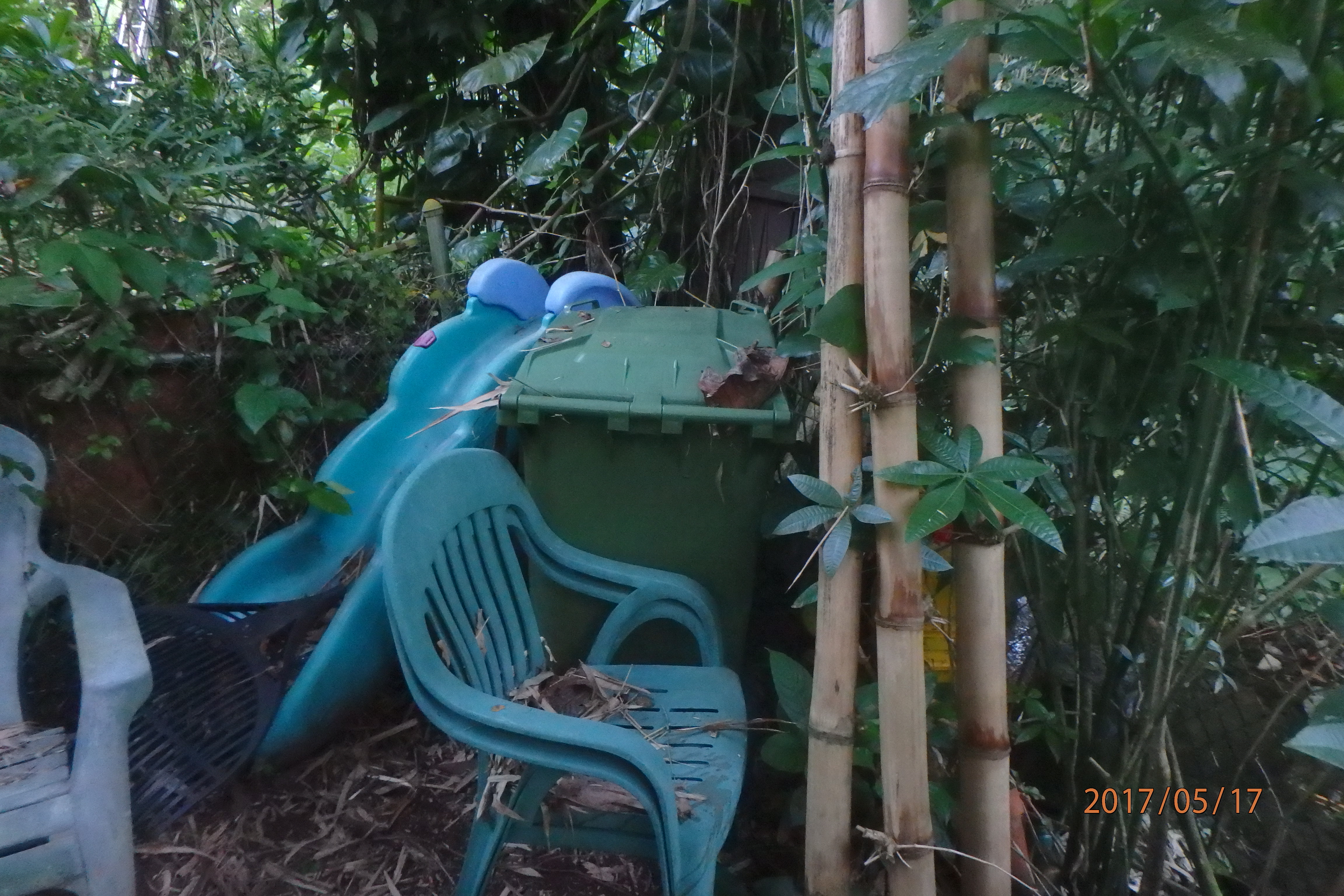 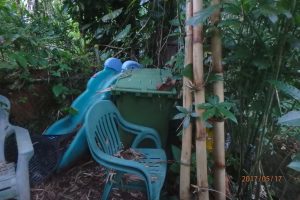 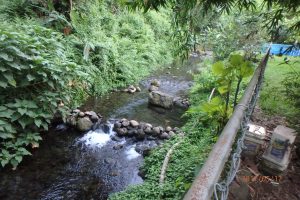 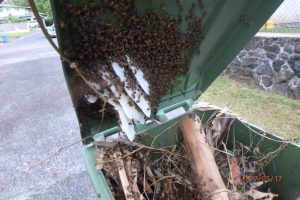 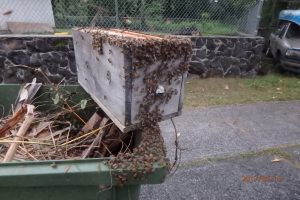 I opened my green bin and I saw a bunch of bees and called you.  That was the opening to the conversation.  When we went to his house we saw he lived in a really beautiful place.  But he did have a bunch of bees in his green bin.  We took them out. We even moved the bin to where the leftover bees couldn’t find it, that way they would go back to the original hive.  Funny thing was a new group moved in two days later.  We went back and took those out also.  The green recycler is coming soon I hope!