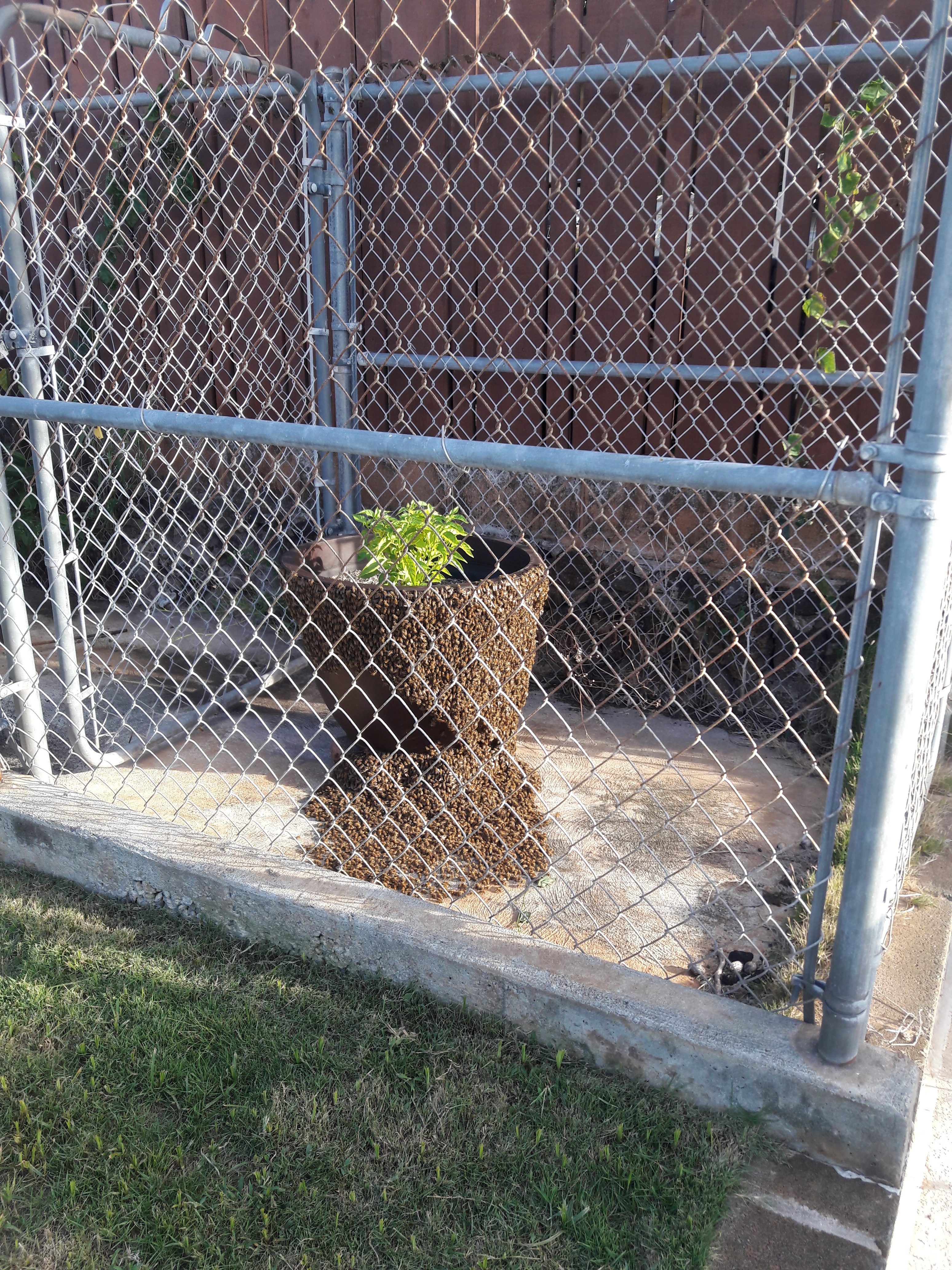 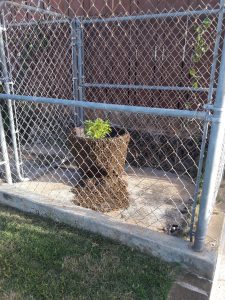 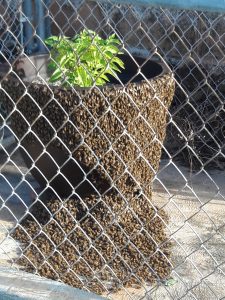 A woman called in the morning. She said they had a kennel with a flower pot in it. There were bees on the pot. She didn’t tell me the bees covered most of the pot! I told her the bees would leave between noon and 3 pm, if they didn’t give me a call back. I promptly forgot about it. Then about 4 pm she called back and said the bees were still there. We went to the house and realized this was not a small swarm, and why they had stayed.  The wind was blowing a steady 20 mph with gusts of 30 mph.  The bees that were flying were not getting anywhere, and when a gust would come many of them would fall to the ground. I got my handy dandy cup and started scooping. By the time I was done, I had a 5 gal bucket half filled with bees. We took them home, put them in a hive and hope they will stay.