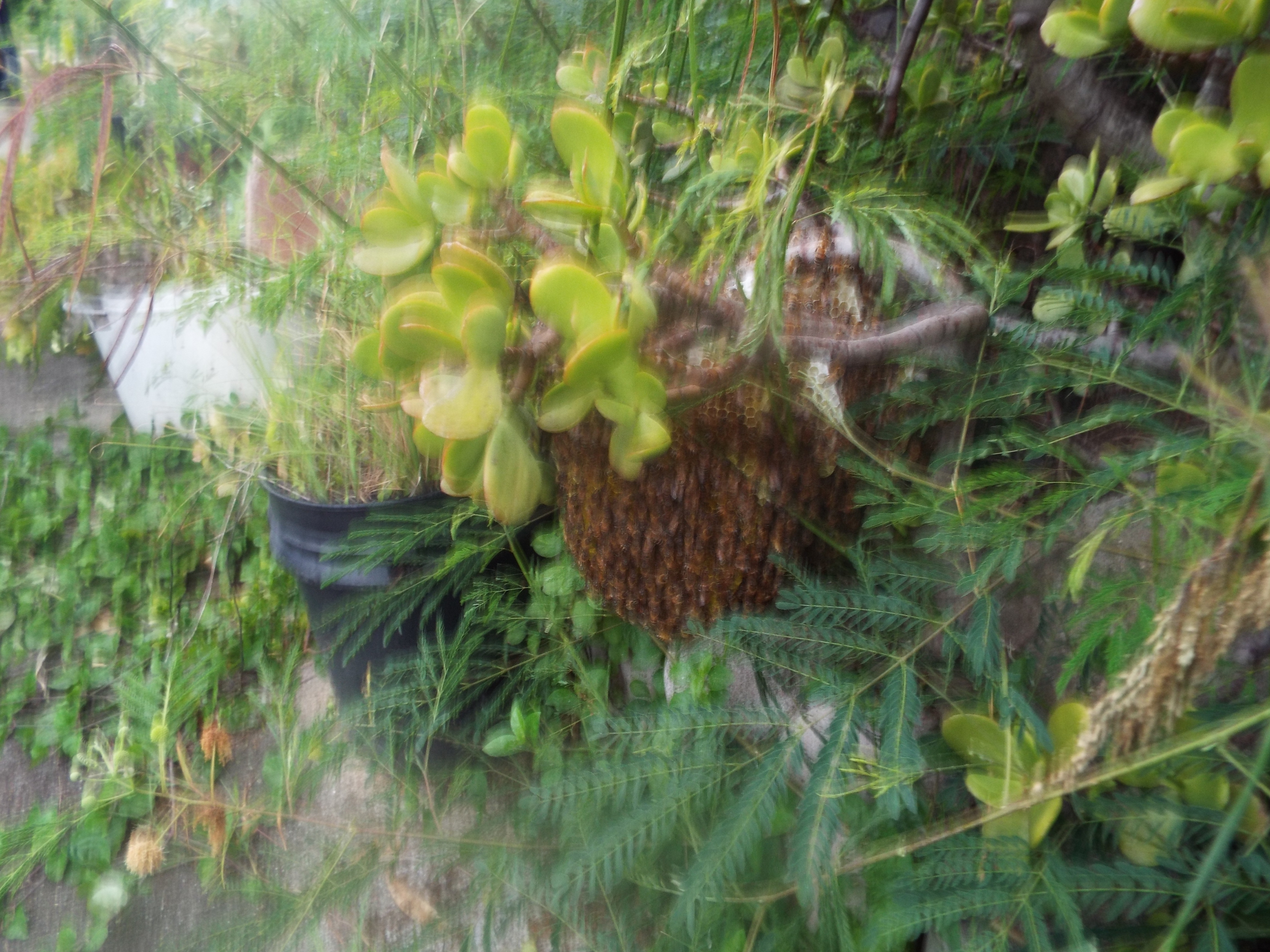 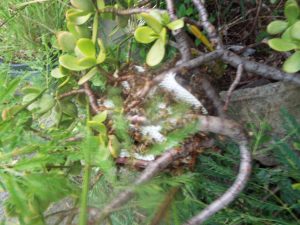 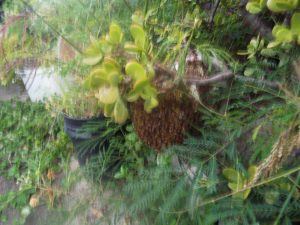 A 87 year old woman, sho was very spry, called and said she had bees in her plant. They had been there about a week.  I took my hive and other equipment to remove them.  When I got there I asked her where they were. She pointed to a bunch of plants. I didn’t see the hive, so I asked her again.  While I was getting my gear on and out of the truck she got frustrated with me and walked over and pointed to them.  I still couldn’t see them from where I was, but my wife did.  The were in the middle of a Jade plant.  We cut the comb out and revived them.