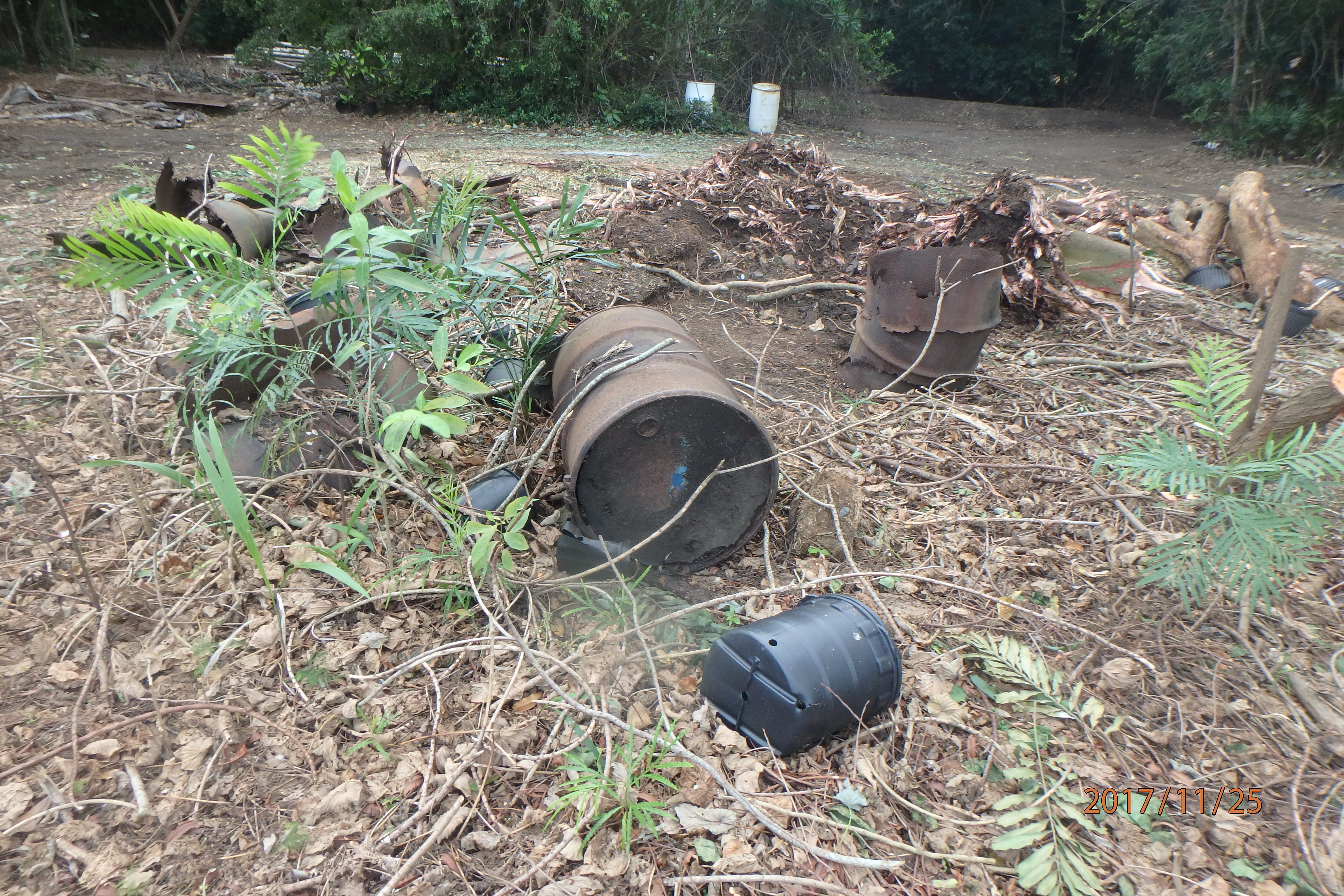 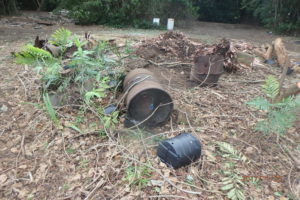 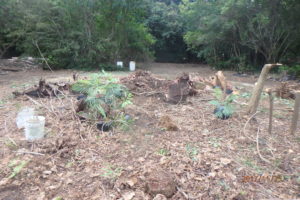 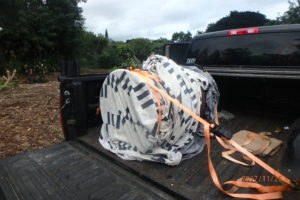 A nursery called and said they had bees in a 55 gal metal drum, could we come get them?  We got there and found that they knew the bees had been there, but they haven’t cleaned the area for awhile and it wasn’t a problem.  Now they cleaned the area and it was a problem.  Since it was late we asked if we could take the barrel with us.  My wife reached down to brush off ants, and she rubbed a hole in the thing it was so rusted.  We put a sheet on either end of the barrel, put it in the back of my truck and took it to a place we can work on it later.  All in all a good capture. While we were there someone else asked us if we do removals from walls. He showed us the place in his house, we are going to work on it later.