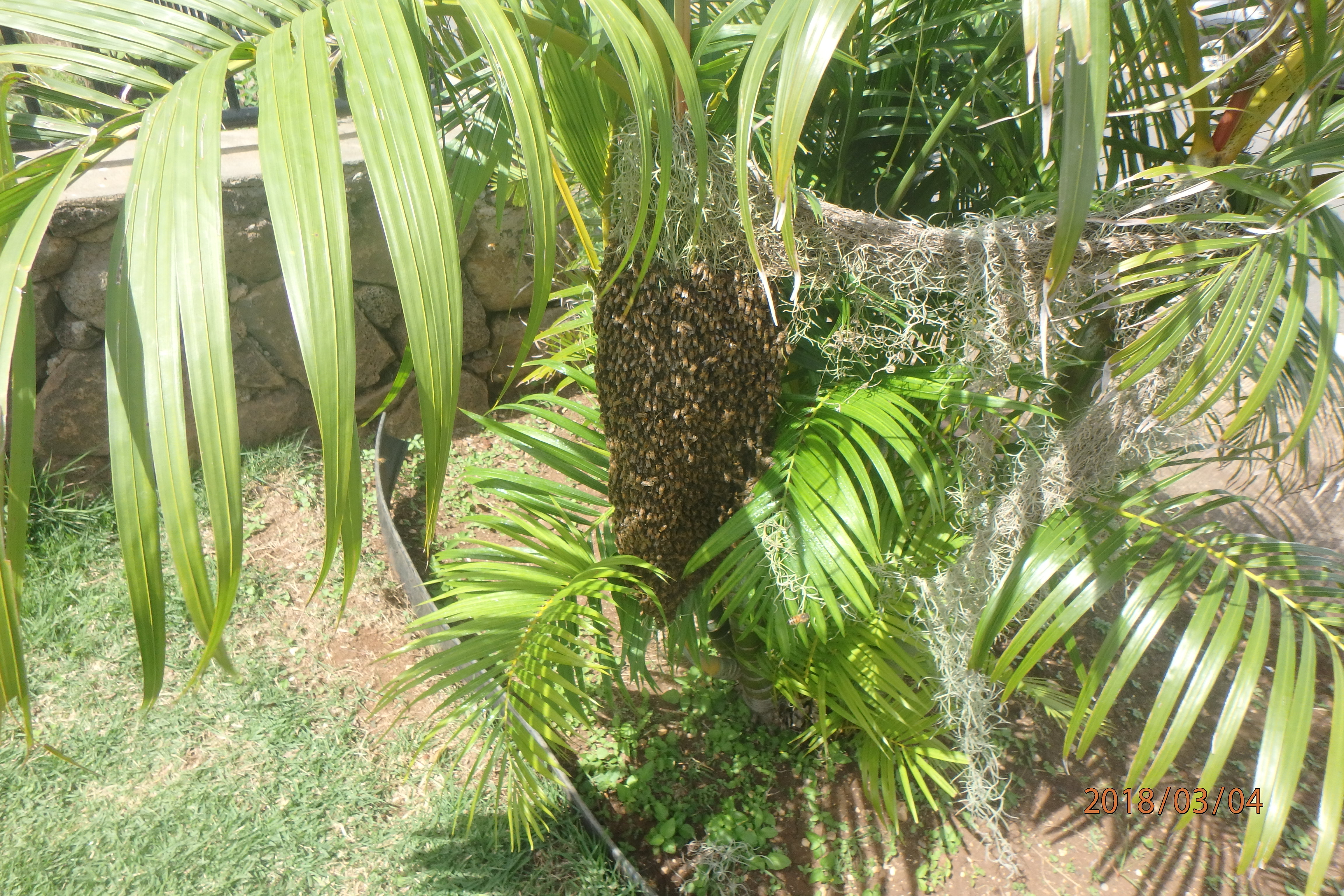 The guy called just as we were finishing up with the Roto Rooter job.  He said bees had come from his neighbors house and landed in his palm tree.  Penny asked him if it was a 90 foot palm tree or a 5 foot palm tree.  He thought she was being sarcastic, but we have had calls where people expected us to remove swarms that were in 60 foot high palm trees. We got there and several neighbors came out to see the process.  If you look in the bottom picture you will see a bunch of Pele’s Hair hanging from the palm fronds. The bees had gotten into the stuff which was hanging down. It made it look like the swarm was bigger than it really was. Once I shook them into the nuc they all trooped right in.