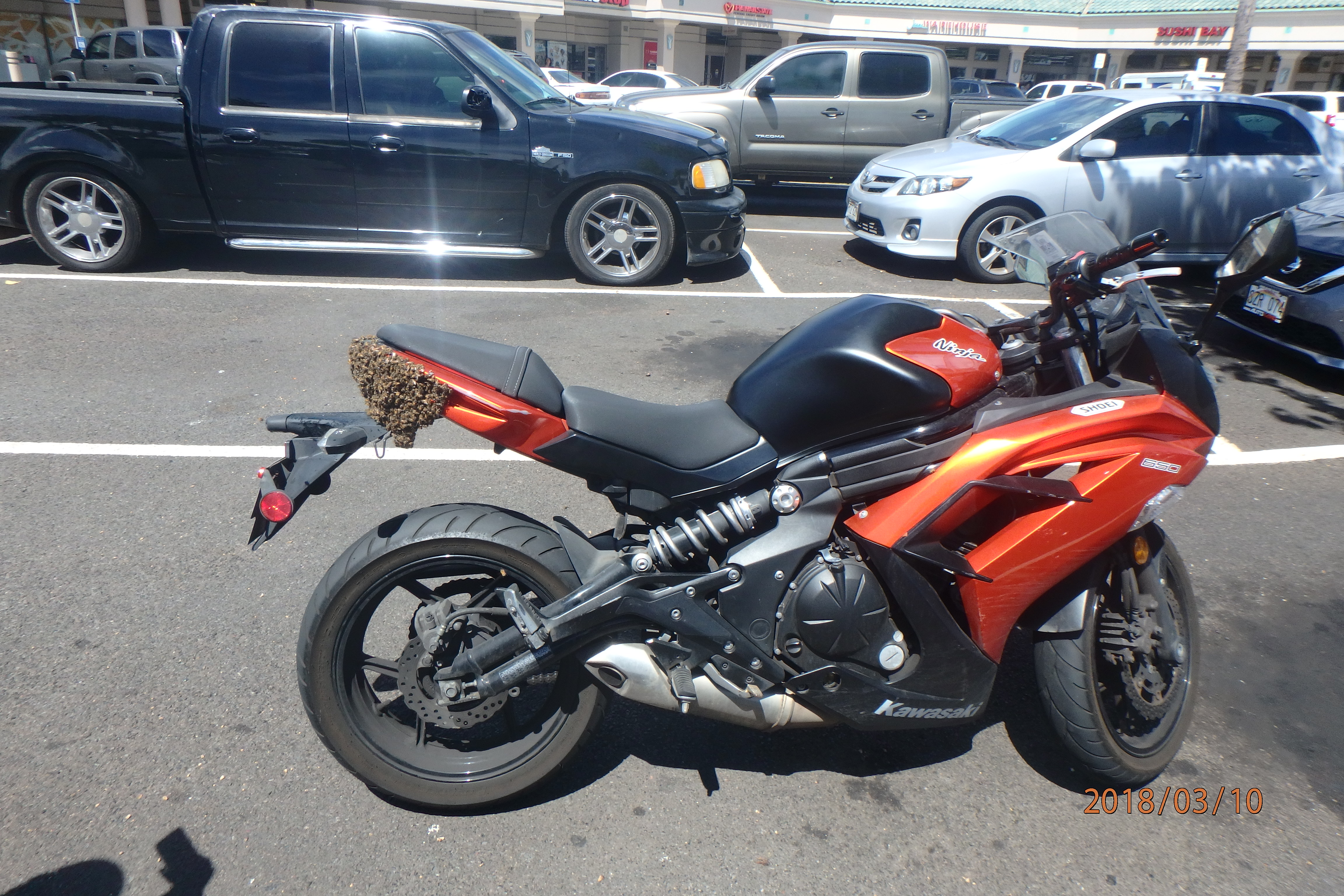 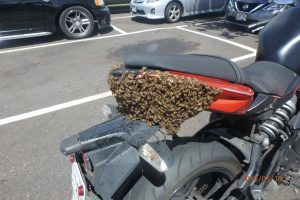 The guy gave me a call and said he had bees on the back of his bike. He sounded frustrated and a bit stressed because he didn’t know what to do.  He said when he pulled up they were flying around the area, he went in and got some sushi, that took about 20 minutes. He came out and saw this.  He called a few people but they wanted more than he could afford. He got me. Since I am a motorcyclist I knew what he was talking about without even seeing it. I packed up my stuff and met him. He was relieved to see me.  There must have been 10 people doing video of this removal.  I took a cup and scooped them into the nuc, got the queen and most of them moved right in.  I asked him if he wanted me to move the bike because there were a few bees flying around, but he was good with it.