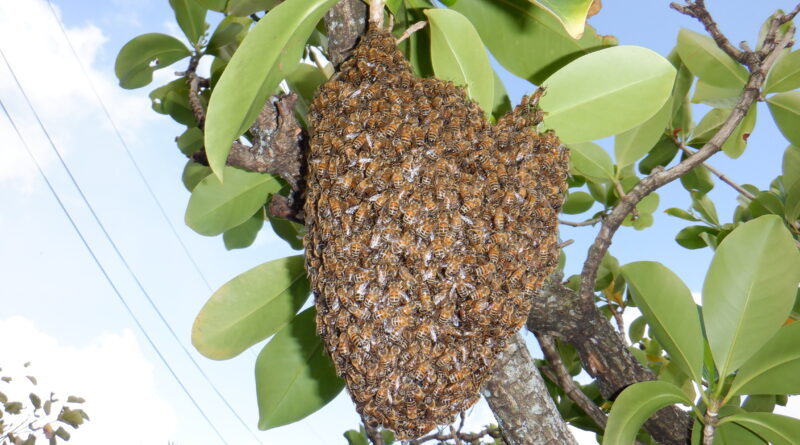 Swarm season is upon us. It starts mid March and goes on for a long while. These are two separate swarms on the same day. This day we had a removal and three swarm calls. The first picture shows a large swarm. I put them in a 5 frame nuc, but there were way too many of them. Many of them hung outside even on the coldest days. So I moved them into a larger hive and they are happy. The second one was on a post and the bush above it. If I tried to grab them with a nuc I would have had to hold the thing till they calmed down since they were about 5 feet up. I used a bucket and scooped them into it then sat it on the little ledge under the sign. Worked out fine, when I got home I put them in a nuc.