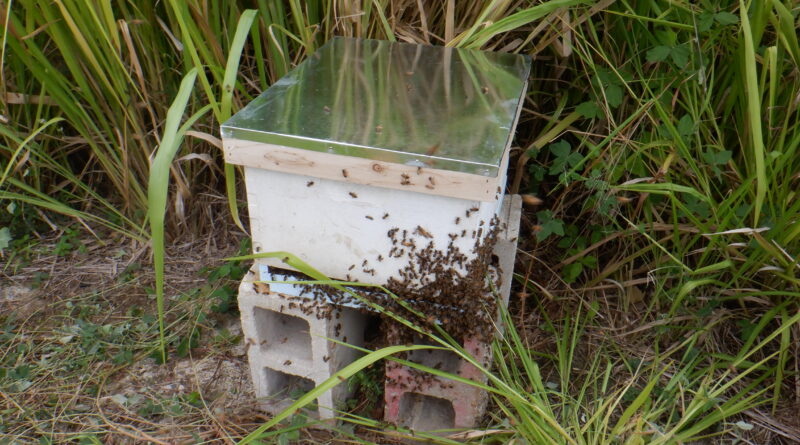 Several months ago a woman and her boyfriend called and said they had bees in a box that had been there for a while. My wife and I helped them remove them and put them in a hive. Then I get a call from the same woman. She had caught a swarm about 2 months ago and put them in a box. However she didn’t have frames, or frames with foundation. So the bees built as they saw fit. She asked for out help again to get them into a hive. We opened it up and this is what we saw. It wasn’t as bad as I thought it would be, they were strong and the queen was laying like mad! She is a new beekeeper so she thought a queen excluder was needed to keep them in. Of course she had an entrance in the front. Everything went fine.