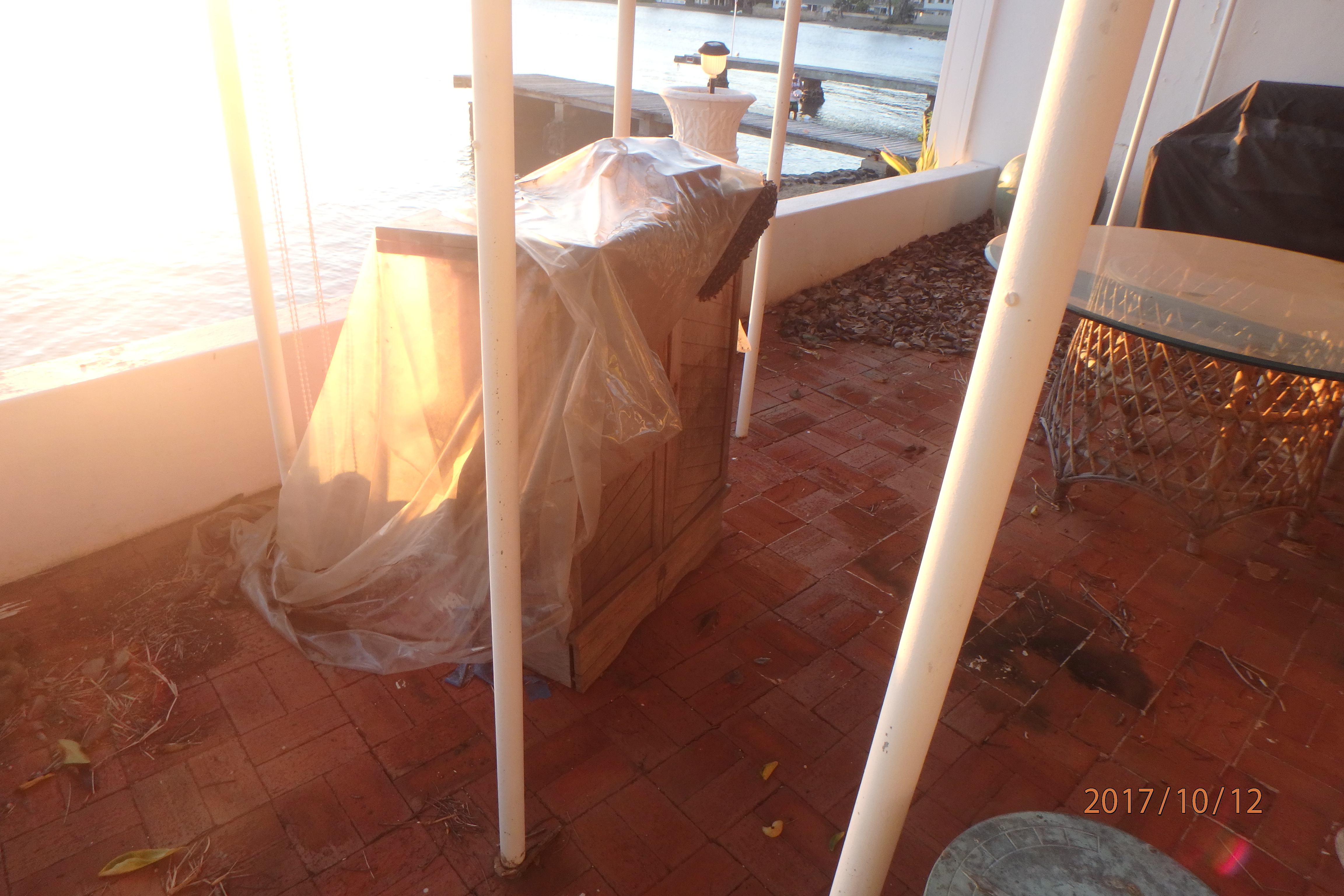 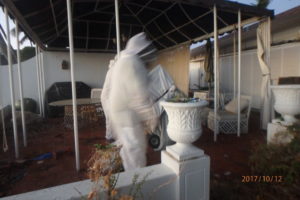 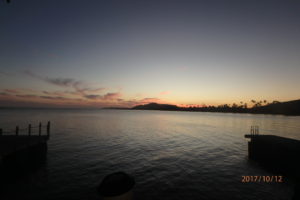 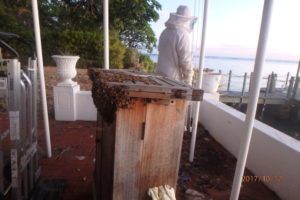 The view from the patio was gorgeous!  It was right on the water, and the people had their own dock. He called and said he had bees in an old portable bar.  He said I could take the whole thing since it was very weathered. We made the appointment to pick them up on Sunday evening. He called and asked if we could make it on Saturday instead. Then he called again and said something came up, could be come by on Friday.  On Wednesday he called and said he had scheduled tree trimmers to come work on Friday, could I come by on Thursday and get them.   When got there, they were covered with plastic. Once we got the plastic off we tried to open the cabinet.  The bees had built so much comb we couldn’t get it open. So we just threw two sheets over them and carted them away.