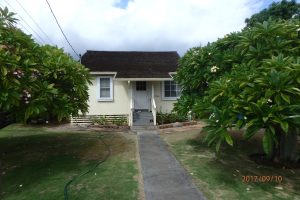 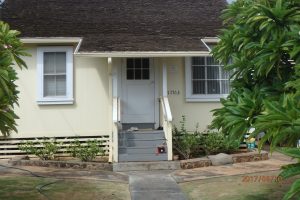 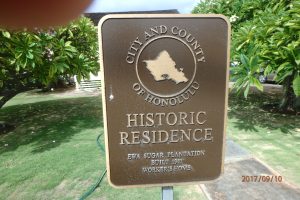 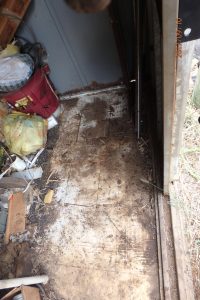 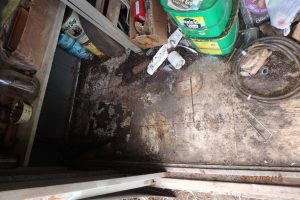 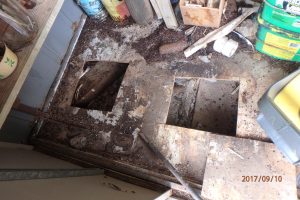 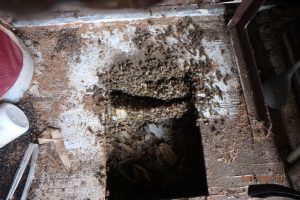 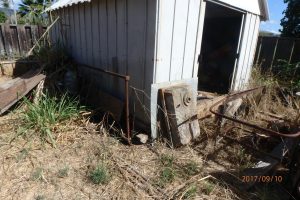 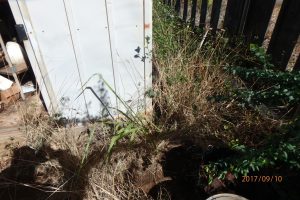 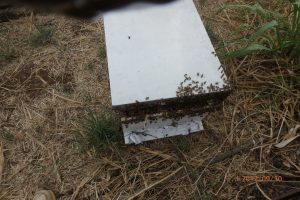 When went out to do this removal it had been very hot all week.  This day it was about 90 degrees, with the suits on it was at least 100!  Sheldon has been helping us, and I thank God that he came out that day.  When we were moving stuff we noticed that bees were coming out of both sides of the shed. We hoped that the bees on the left side were just using the right side as another entrance, no such luck.  Then the owner told us that bees had been flying all around the night before.  We looked around and saw a swarm in the little orange tree.  Sheldon grabbed that swarm.  After we opened up the floor we noticed that there were not enough bees, so we saw that the swarm was from this hive. After we put the comb in the full hive we dumped the swarm into it.  They were happy to be home and in a bigger space. Then we got to the second one.  It was just as hard and it was still very hot.  The house is a historic house that was built in 1946 or there abouts.