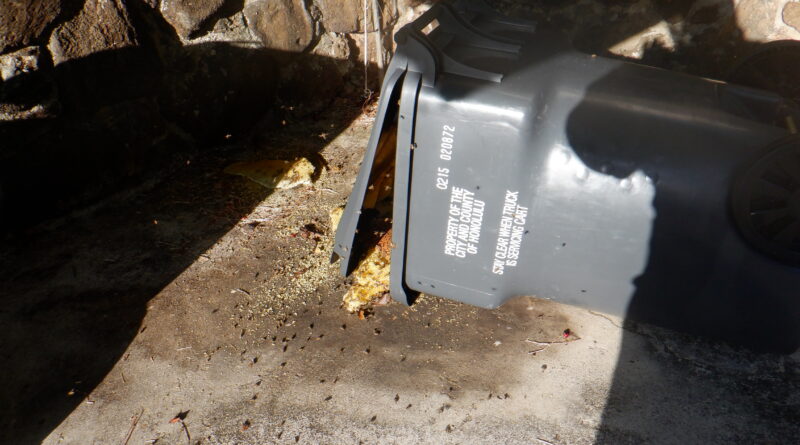 The guy next door called and said he had a swarm in his bush. As I was grabbing the swarm he told me that his neighbor had bees in the trash can. The gardener came and started to open the lid and found this hive. He tipped it over. I saw a line of dead bees leading from the trash can to the bush and realized the swarm was from the trash. I didn’t grab the comb because he said it had been almost a week since the were turned over. I was sure there would be small hive beetle in it and I didn’t want to put them into one of my hives and have the beetles destroy it.