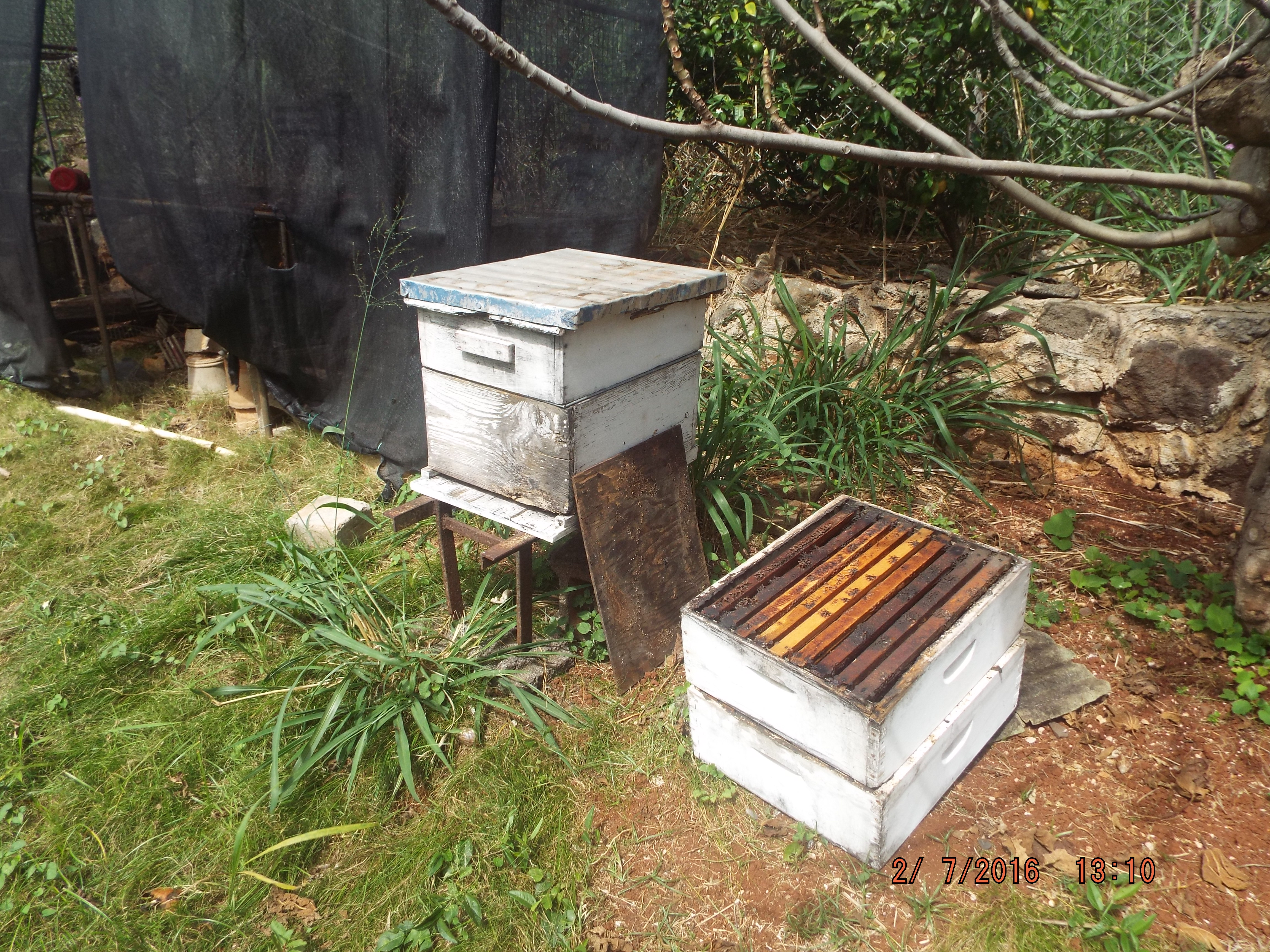 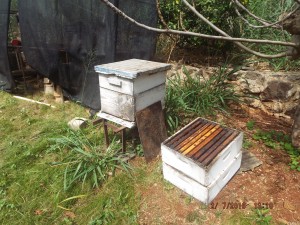 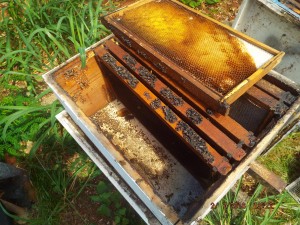 This is what happens when you don’t manage your hive. This guy called and said he wanted me to look at his hive. He saw roaches going into it. I told him that if roaches were going in, the hive was dead, or on its way out. I pulled it apart and found comb that was over 5 years old. You have to replace it about every 3 years. There weren’t enough frames and the bees had built in the open space. The hive only had about 50 bees in it. I gave him some info on what he needed to do if he was going to have another hive. If you don’t want to manage the hive, don’t have one.