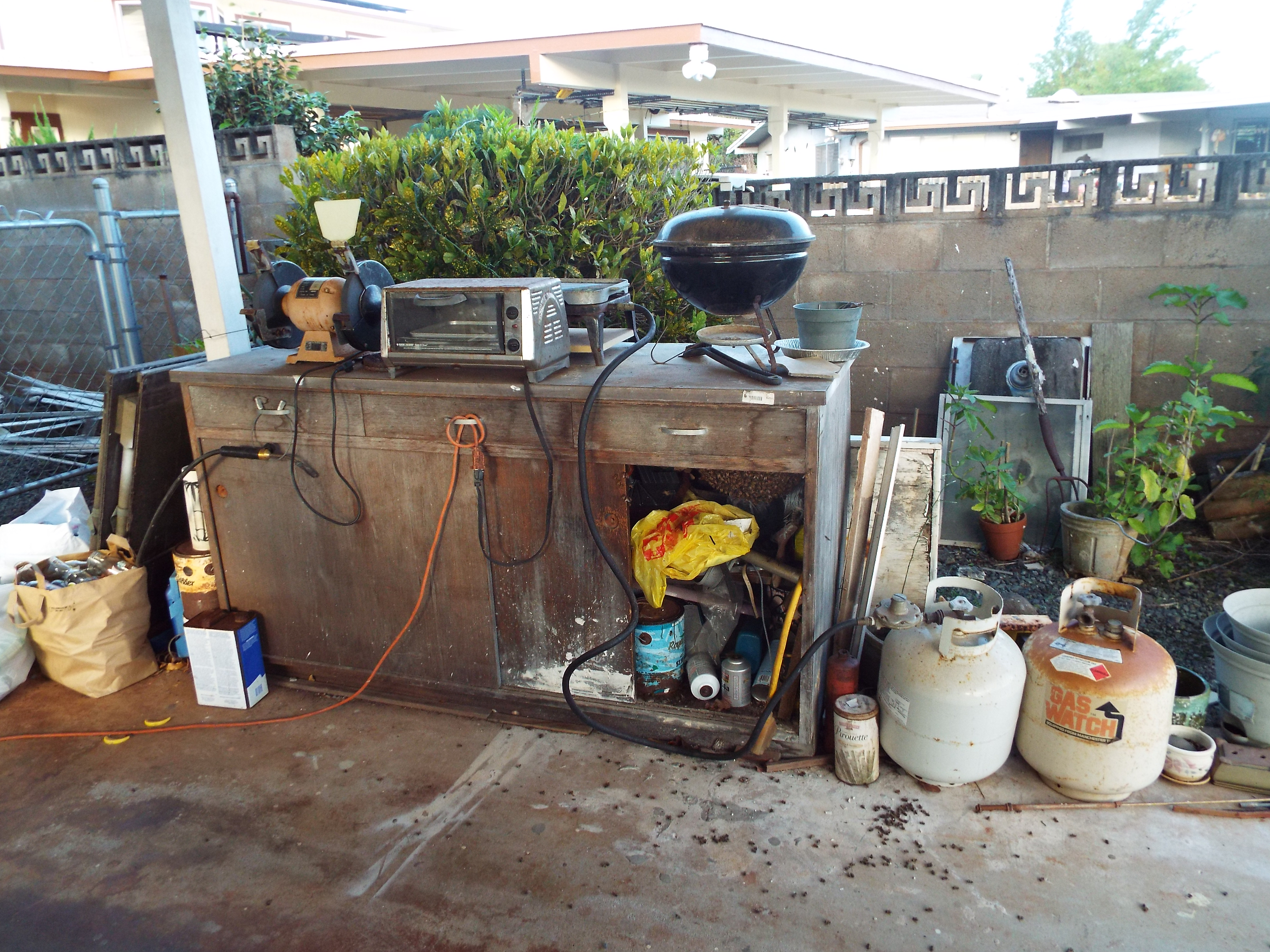 A young woman called on Friday evening and asked if I could remove bees from a cabinet in the carport. Since it was already getting late I couldn’t do it then. I told her we had other things planned for the weekend and couldn’t make it out till Monday. She wanted to call around to find help. Then on Monday she called back. She said she had called several different places and all they wanted to do was kill them. Since we are a live removal company she wanted us to come out. She and her dad said almost the same thing, the wife/mother saw the bees go into the cabinet and started spraying insecticide. They both told her to stop! It is nice to see people starting to care about bees.