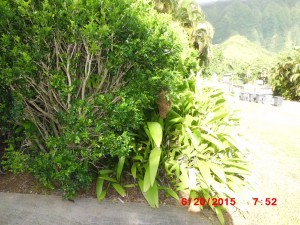 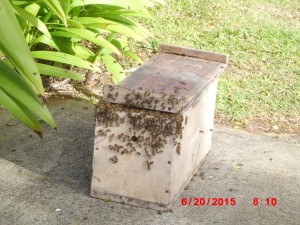 The caller id on my phone told me the call was coming from Illinois. When he said he had a bee problem and could I help him, the only thing I could think of is he is a bit too far away.  Then he told me he and his wife were visiting his mother in law and they had a swarm in a small tree in front of the house. When we got there the whole family came out to watch.  One of them said that this was almost the same a National Geographic but better because it was right here. While we were there, they bought honey.