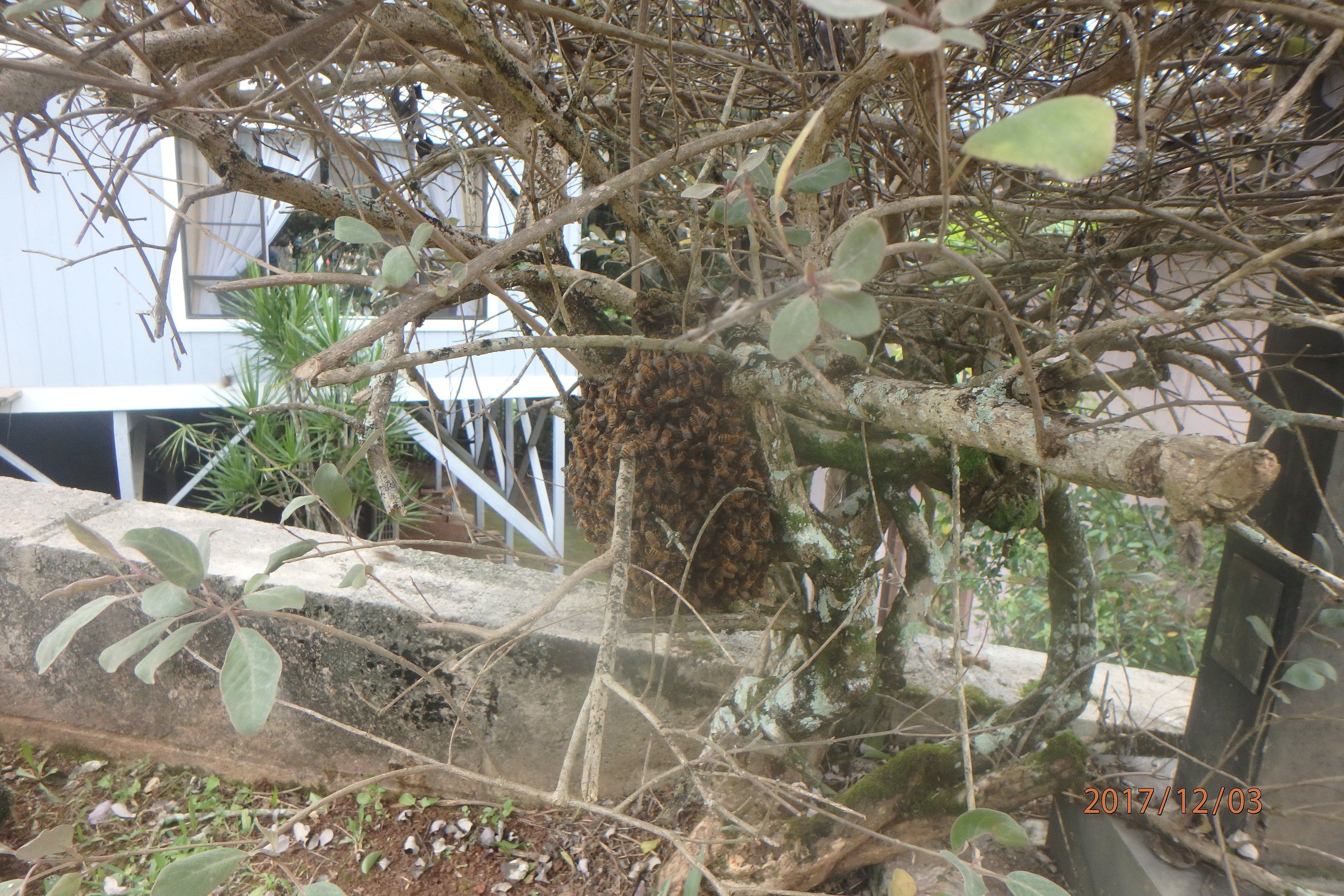 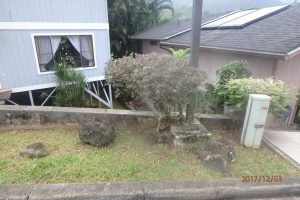 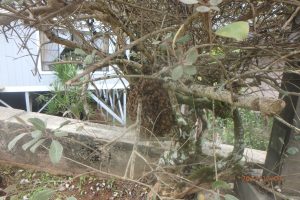 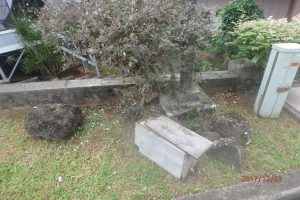 The woman called and said there was a swarm flying around her neighbors yard, could we do something.  We told her that our bee lasso was broken at the time.  Then we got serious, and told her that we couldn’t do anything till they landed.  Shortly thereafter a guy called and said he had bees in a bush.  After talking for a short bit we realized he was the one with the bees in his yard.  We went out and grabbed them.  It was a small swarm, but they were ready to find a home because they went right into the nuc without any trouble.