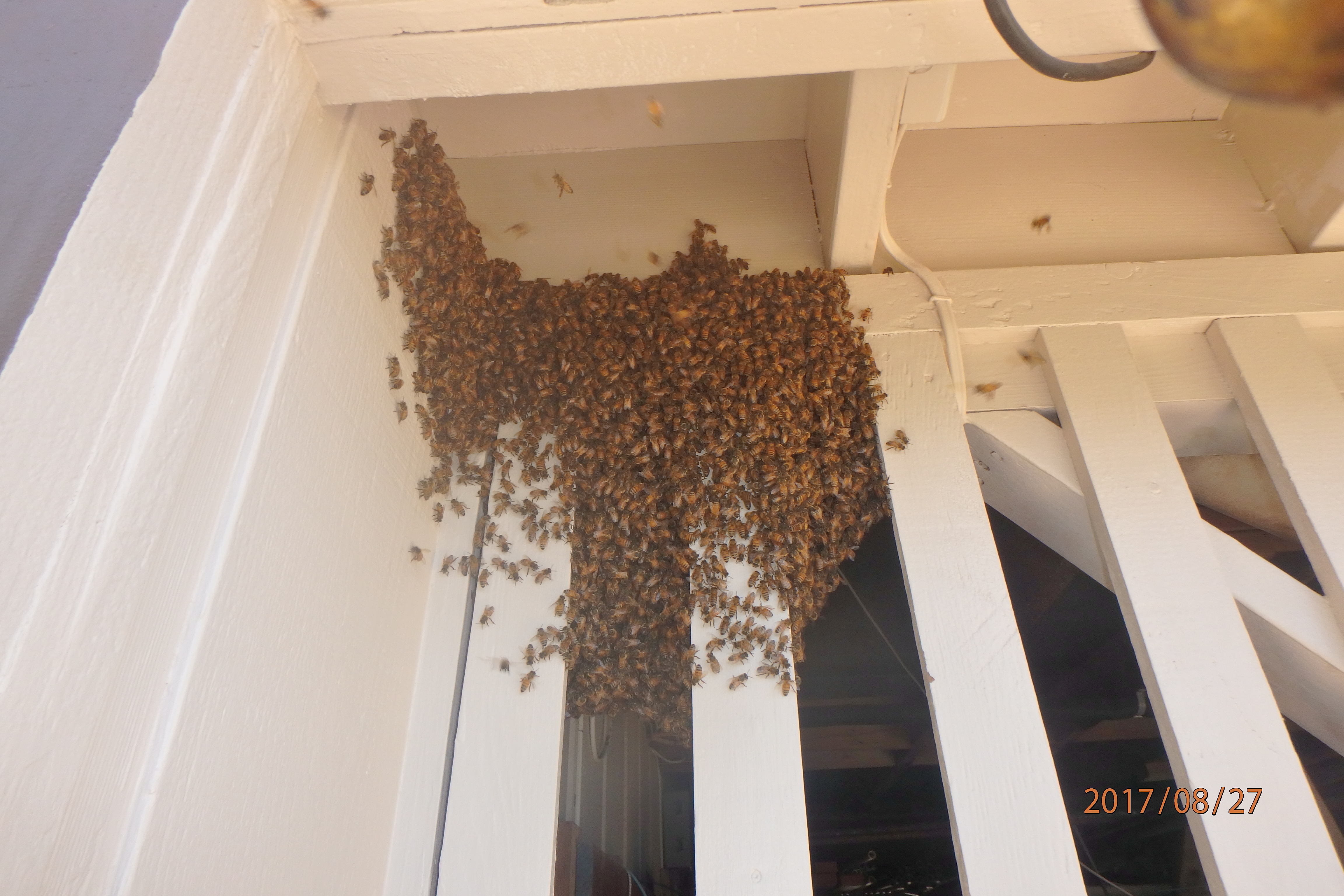 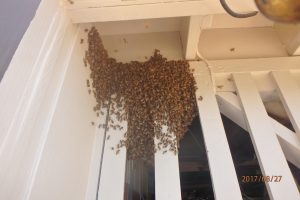 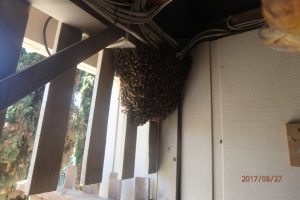 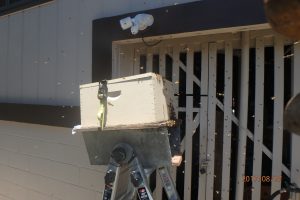 The woman called and told me a story.  She said about 1 million bees formed on the side of her house.  She put out some stinky stuff and they moved.  The next morning she noticed they had moved to the other side of the house, that is when she called me.  We took a standard 5 frame nuc.  We saw the bees from the outside and it looked small.  Then we got inside and saw how big this swarm really  was.  We had to go home and get a full hive.  I used a 5 gallon bucket to scoop them.  They filled a 1/4 of the bucket! We left the hive and came back later that afternoon and most of the bees were in the box.  This was one of the largest swarms we have seen in a long time.