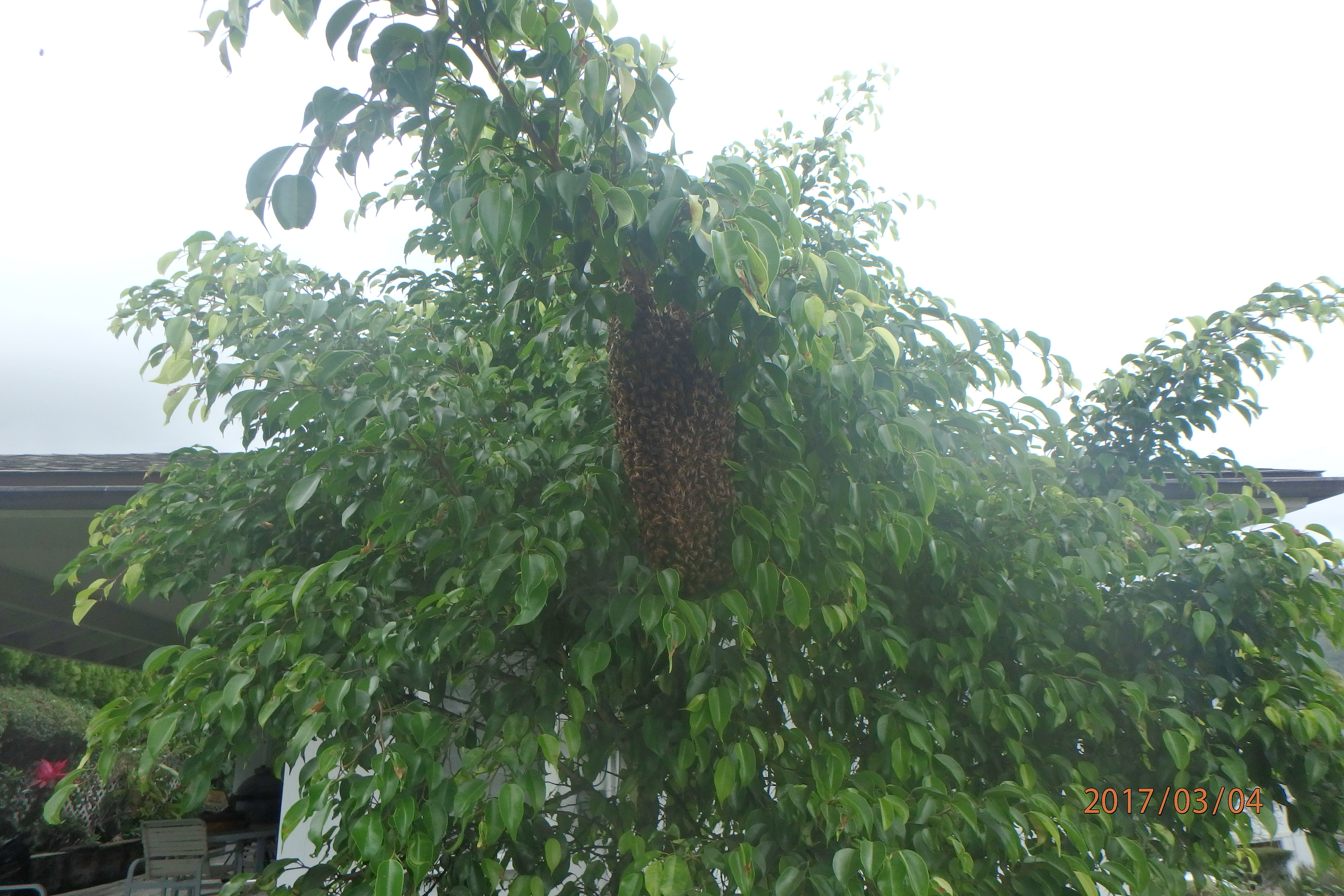 We had just pulled up for a removal and my phone rang.  It was a woman who had a swarm in her tree. Then when we took a lunch break this woman called.  She had bees in her ficus tree.  Then right after we finished lunch another guy called about a swarm in his pomegranate tree.  We went and grabbed the trees in the ficus tree because it was right down the street.  By the time we were ready to grab the other one they had flown away.  I have been wondering when the season would start, now I know.