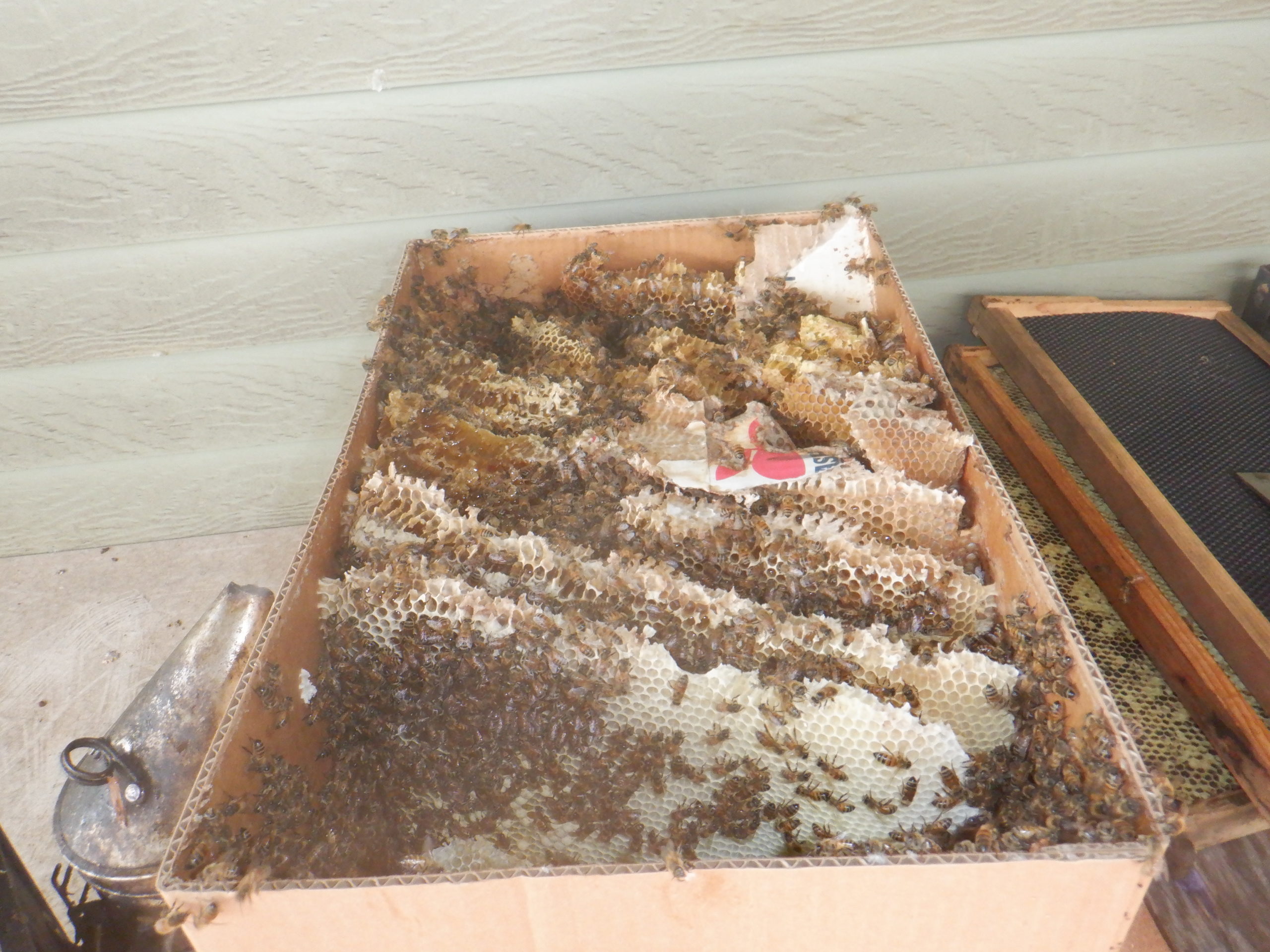 The guy called and said he had bees in a cardboard box on his patio. I didn’t believe him. Bees don’t normally build in a cardboard box because it isn’t sturdy enough for them. The top moves too much. Then he sent me a picture, and sure enough they had built in a box. I got there to remove them and found it was a bankers box, so it was pretty sturdy. They had filled the entire thing. There were a lot of bees in this box, I had to leave the nuc overnight because there were so many of them flying around. Lots of brood and good comb.