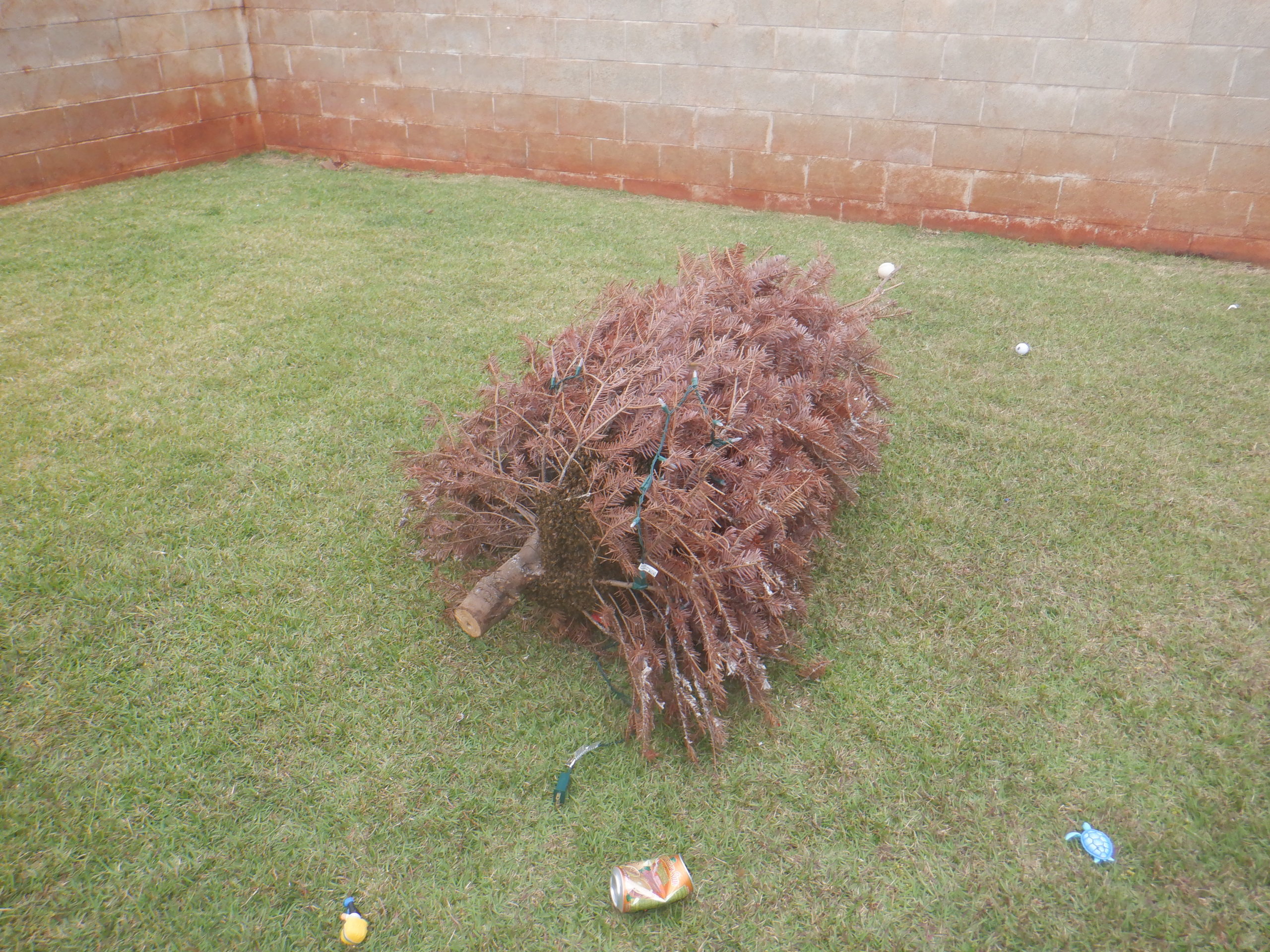 When he called and said a swarm had landed in his Christmas tree I thought he meant a fake one. This is May and they still had the lights on the tree. It was a big swarm, when I asked him if he saw them land he said he did. “It looked like a bee tornado.” He described it exactly!