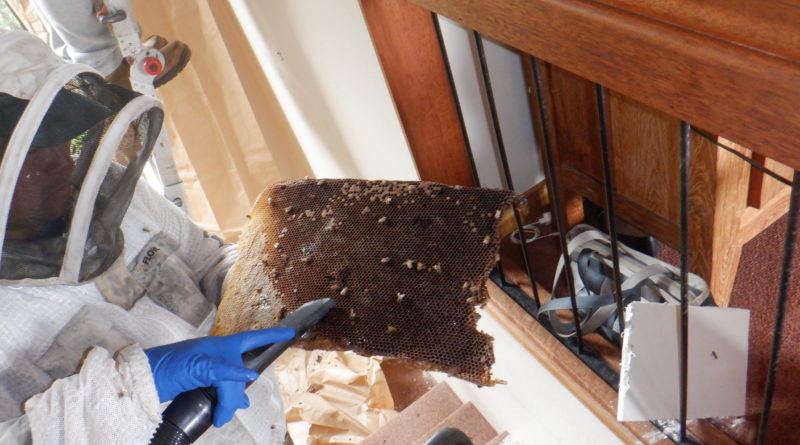 When I did the estimate for the bees, they were in the kitchen on the other side of the wall. When we got there to do the removal we found they had moved to another part of the wall. We cut our usual 9×9 hole and found that it was too small. We cut a much larger hole and found that it was still too small. Peter and his son came to help. Peter used his bee vac to get the bees before they could get out into the house. Jason did almost all of the work. You see Peter holding comb and vacuuming bees, that is only half of the length of the comb. It was twice as long as his arm.