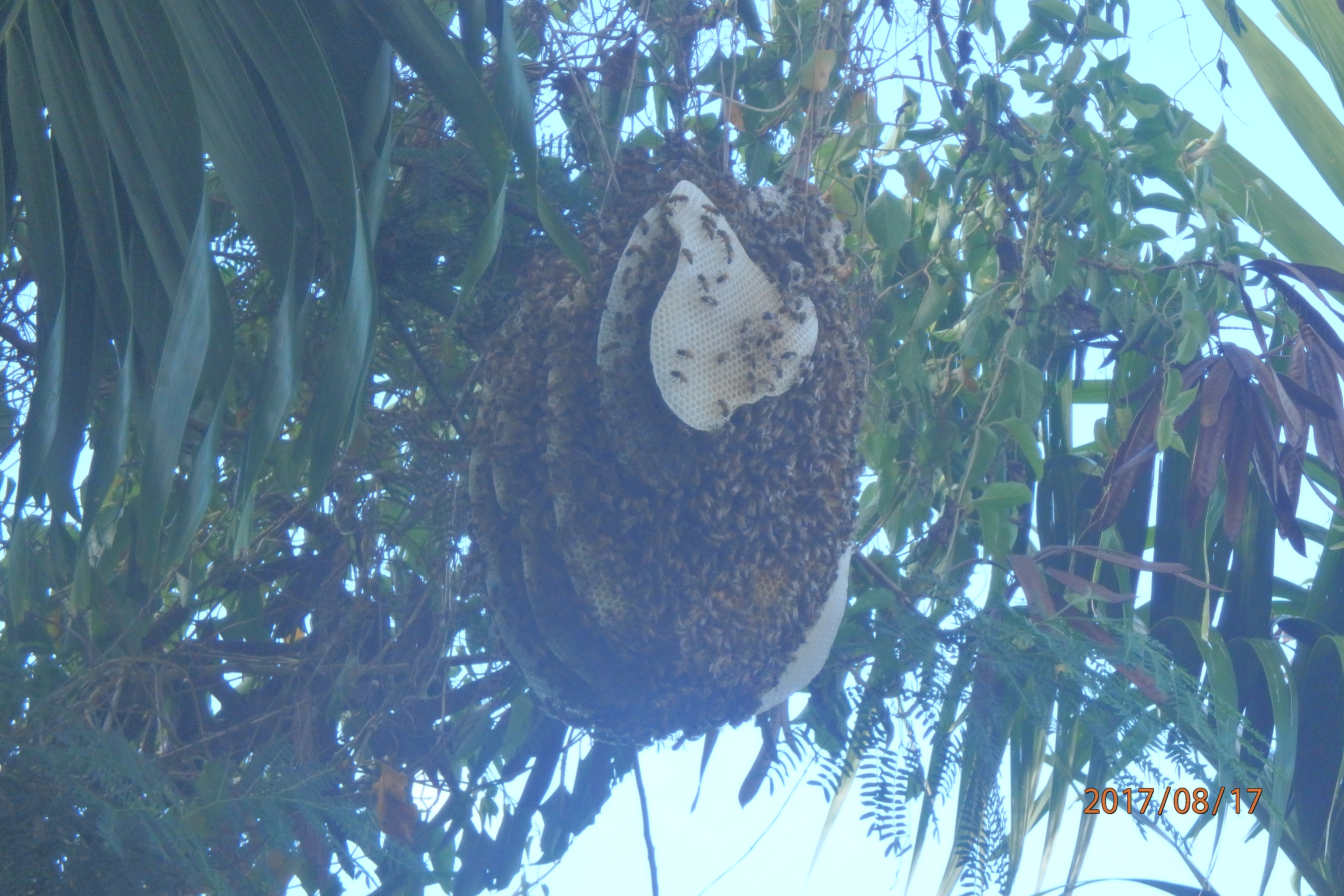 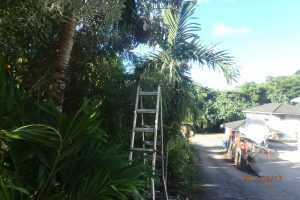 The guy called and said he had bees in his palm tree.  He told me a swarm had gotten there about 2 weeks ago, he thought they were going to leave.  They had other ideas, they built a good sized home in that two weeks.  I asked him how high he thought they were.  He told me there were about 6 feet up.  I got there, put up my 12 foot ladder and still had another 5 feet to go.  I put a strap around the branch and pulled it down to me.  They had actually built on a tree limp next to the palm tree.  I dropped the whole thing in a bucket and then into frames. I put the nuc as close as I could.  In about an hour most of the bees had gotten into the nuc.